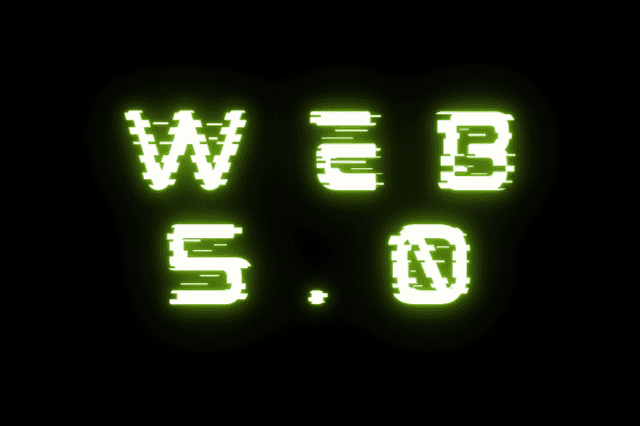 Jack Dorsey, the Former Twitter CEO, has introduced ‘Web5’ on Twitter, which is a hybrid of Web3 and Web 2.0 and is based on the Bitcoin blockchain.

The platform promises to address the problem of data security. “With hundreds of accounts and passwords, we can’t remember,” the corporation writes on its website, “we struggle to secure personal data.” Third parties now own your identity and personal data on the internet.

The platform “allows developers to concentrate on creating beautiful user experiences while restoring ownership of data and identity to users,” according to the Block Head, one of Dorsey’s Block (previously Square) Bitcoin business groups. 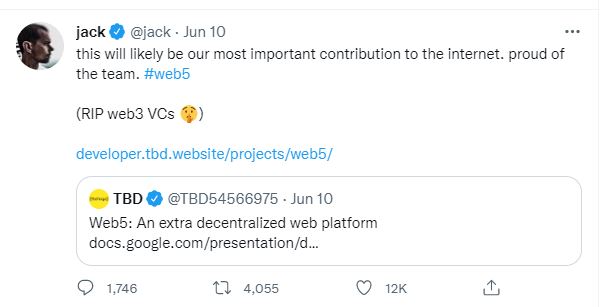 Web3 is dead, according to Dorsey, who is backed by decentralized finances (DeFi) and blockchain-based platforms, as well as Venture Capitalists (VC). The latter has been accused of manipulating Web3 to build a narrative and profit.

When asked why he decided to build a “Web5” platform, Dorsey questioned the decentralized nature of Web3 goods and who actually profits from them, saying:

“Its foundation is built on a specific points of failed systems (eth, solano, *) and misconceptions about who directly controls it.”

Web5 will be governed by users, unlike Web3, which is mostly owned by venture capitalists and limited partners. Users will be able to “own their data” and “manage their identity” as a result of the platform’s functionality.

Web5 uses ION, which Namcios describes as a “open, accessible, and permissionless DID network built on top of the Bitcoin blockchain.”

Network 5.0 is currently in the early stages of development and is not yet complete, but it is defined as a linked, emotive, and symbolic web that connects with humans.

Furthermore, it is founded on human emotional associations. It works in the same way as a personal assistant.

Human interaction and technology have grown inextricably linked. Although technology cannot yet grasp how humans feel, certain firms, such as wefeelfine and emotiv, are already attempting to do so.

As a result, they will pave the way for a more personalized experience, which will attract an increasing number of people.