The Role of NFTs in Intellectual Property 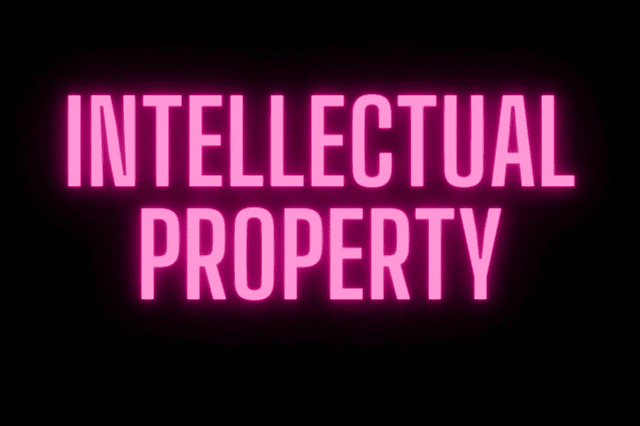 As the news cycle has been increasingly focused on NFTs, some may be asking how they connect with intellectual property law.

It can be put this way, an NFT client does not obtain IP rights to the item underlying the NFT, but most NFT platforms include terms of service that offer NFT buyers non-exclusive and non-transferable permission to use, copy, and exhibit the creative work related to the NFT for personal use.

Non-fungible token (NFT) is a term that refers to a public digital record that is kept on a blockchain. A blockchain is a distributed ledger that records digital transactions across several computers.

Blockchain is a type of secure public record that is most commonly used to track bitcoin transactions, but it is also being increasingly utilized to track NFTs.

NFTs are non-fungible because they are distinct and cannot be traded for other NFTs, unlike crypto, which can be swapped for any other bitcoin.

When someone “mines” an NFT, they create a smart contract that is integrated into the blockchain they are utilizing.

The NFT’s properties are defined by the smart contract code, which either includes a connection to the underlying work or info about where the work is held “off-chain.”

NFT buyers can get a digital receipt proving exclusivity of certain rights associated with a property through this process.

Although NFTs can be used to create real items like books, they are most commonly utilized to create intangible products like tweets or digital art.

The significance of the NFT in the context of property ownership is that it functions as a digital memento, allowing the owner to brag about owning the “original” thing with which it is related, such as the first Tweet, which sold for $2.9 million.

Although NFTs are frequently mentioned as proof of ownership, the buyer must validate that the seller is who they say they are and has the licenses they claim to have in order to obtain rights that will stand up to scrutiny.

The benefit of NFTs over other kinds of proof is that they are straightforward to monitor the chain of ownership once purchased from a confirmed source.

When it comes to intellectual property law, the rise of NFTs is particularly intriguing because IP law frequently secures intangible assets such as an innovation (patent law), a logo (logo law, trademark law) and a song (copyright law).

NFTs are mostly sold on websites such as SuperRare, which offers visual art, and NBA Top Shots, which sells NBA highlights footage.

The Intellectual Property rights that come with an NFT purchase are defined by the terms of service of those markets.

A non-exclusive, non-transferable right to showcase the item beneath the NFT for domestic use is the most frequent type of license.

To put it another way, you can showcase a copy of the meme you bought like an autographed football, but you can’t charge another individual a license fee to access or display the meme.

The Intellectual Property rights will stay with the inventor of that IP, similar to how when you buy a piece, you just get the artwork and not the right to sell copies of it. The painter retains this right.

The NFT License 2.0 has been suggested by Dapper Labs, the company that runs the NBA Top Shots marketplace.

Purchasers acquire a non-exclusive, non-transferable license to showcase the item underneath the NFT for individual use, and also the right to make money up to $100,000 annually from the work influencing the NFT.

Others may adopt this license in the future, but for the time being, purchasers of an NFT of a LeBron James dunk from NBA Top Shots may be able to profit from the later licensing of the video.

As with any developing industry, strange things seem to happen with value, including the $69 million sales of a piece of digital art by the artist known as Beeple.

The opportunity to own something unusual is what buyers see as the value of an NFT. It makes no difference that we can all go to Twitter and read the initial tweet.

What You Need to Know About Spot Trading

5 Tools to Monitor Your Crypto Investment

All You Need to Know About Miners DeFi