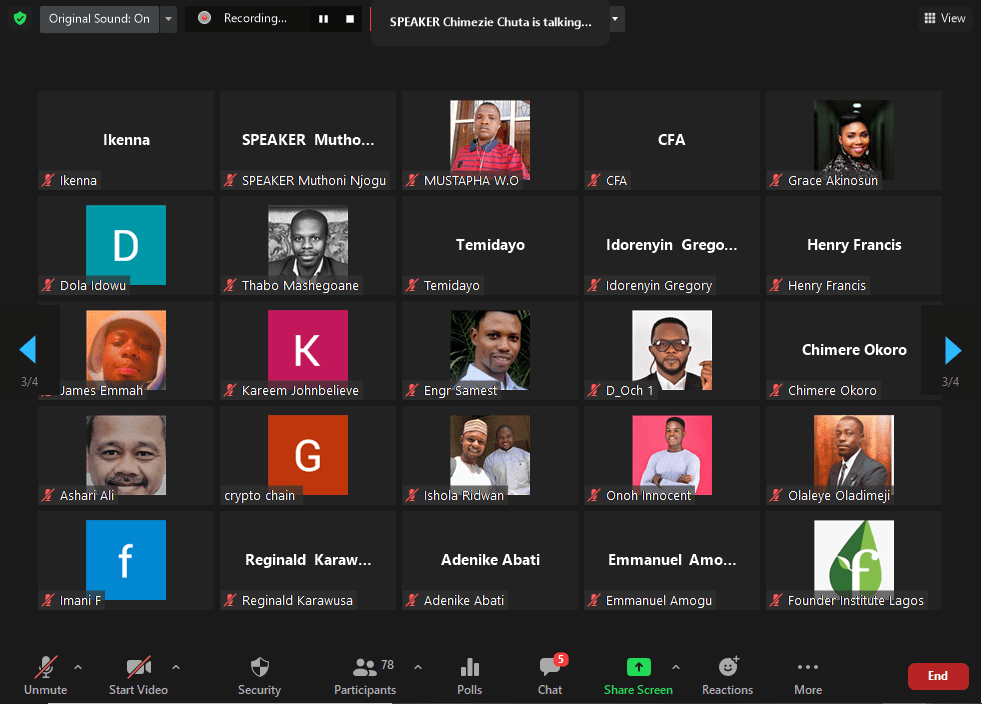 Blockbuild a blockchain media platform some weeks ago hosted the second edition of The Converge II, a quarterly Blockchain and Crypto meetup.

The virtual event focused on “The Economic implications of e-Naira and Cryptocurrencies on Nigeria’s economy”.

Blockbuild would be dishing out to you all the engagements of the speakers at the virtual event.

Today, we commence with Chimezie Chuta, the Founder and Coordinator of Blockchain Nigeria User Group who also doubles as the Vice-chairman of the Blockchain Industry Coordinating Committee of Nigeria.

Over the last 5 years, Chuta has been involved in the blockchain ecosystem development, fostering policymaking and regulatory concerns among government agencies and participants in the ecosystem in the ecosystem.

He purchased his first bitcoin in May 2015 and afterward has gone ahead to formally educate himself at the University of Nicosia in Cyprus, where he obtained an understanding and knowledge of the subject of blockchain technology and cryptocurrencies.

“This has enabled me to do most of the things that I do, and make most of the impact that I try to make, because this technology as we know, it, is one of the most transformative and empowering technology we have ever seen since the internet revolution. And I wouldn’t want any of us in Africa, or from any or any part of the world to miss this opportunity.”

According to Chuta, the current imagined trends we are seeing today are the incumbents in the traditional texts, that is those people who build robust infrastructure that has enabled us to transport from web 1.0 to web 2.0 and today these people are positioning themselves in the web3 technologies so that they can leverage the power that blockchain technology provides.

Your interaction is basically going to be dependent on the Dapps, the applications that are built on top of blockchain technology. And one of the key technologies that will make that possible is a web3 Framework that enables you to build web applications.”

However, according to Chuta, the way the infrastructure of blockchain is built and designed, you can’t make calls to local databases because the files and the data are stored in distributed networks, making it very difficult for one person to control how those kinds of data are managed or assessed.

“So the revolution there is that you can now rebuild old systems, applications, solutions, products or services that were dependent on those centralized type of cyber systems, and the opportunity there is extremely huge.”

According to Chuta, the last few years have seen the entrance of tech giants like Amazon and Google and recently Facebook jump into the web3 space, even Square and Twitter are currently building a new new type of social media infrastructure that will be dependent on distributed systems and distributed technologies.

“So what does this mean? It tells you that if these tech giants that we know today are utilizing the web three applications or the web3 technology to build new solutions, or they’re looking to do that, then it portends great opportunity for everyone first, especially if you are interested in what goes on in the tech space.”

How Web3bridge is Closing the Web3 Gap for African Developers

NFTs and the Future of Capital Raising in Africa