Palremit is Deploying Blockchain to ease Foreign Exchange for Africans 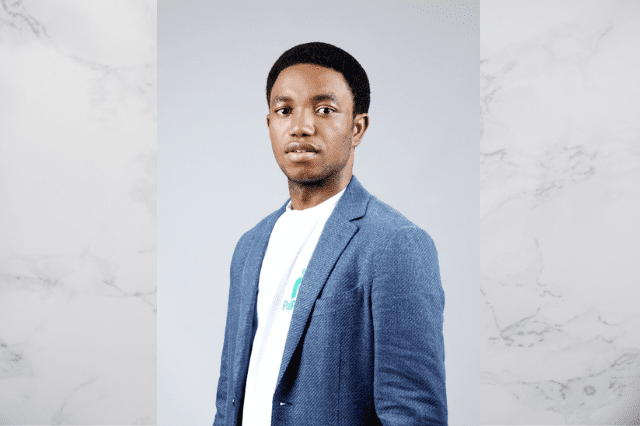 When Africans leave their countries for other parts of the world, they most likely need to exchange their local currencies for foreign ones for a seamless transaction.

They get this done at Bureau the Change in their home countries or find where they can get it done in their destination.

An instance of a Nigerian who arrived in Dubai, United Arab Emirates, such an individual would need to undergo a long-distance journey to get the exchange done.

This is one of the many travails of many Africans in foreign countries in their first journey, however, Palremit an exchange platform is set to change that narrative.

Founded by Uzochukwu Mbamalu in February 2020, Palremit is a digital wallet and exchange enabling safe and convenient peer-to-peer financial transactions in multiple currencies.

Uzochukwu is a Nigerian-born crypto educator, trader, and blockchain innovator, based in Dubai, UAE.

Stating a reason for the difficulty in exchanging the Naira, Uzochukwu explained that it is owing to the currency’s FX and placed as a second tier compared to the US dollar and Euro.

He, however, added that the challenge isn’t peculiar to Nigeria alone, it is an African issue.

According to Uzockuwu, Palremit with full regulations and leveraging blockchain technology, enables users to fund their wallet with their local currencies and easily convert to their preferred foreign currencies.

The founder stated further that, Palremt leveraged blockchain because of its inherent and decentralized feature. Since Palremit deploys blockchain, it enables its use cases such as Bitcoin and other stablecoins, which in return facilitates currency remittance.

“That’s the reason we choose to use the blockchain, unlike, the traditional form of remittance, which makes cross-border transfer takes days. It takes many days to execute, but using the blockchain is very instant.”

Uzochukwu as a crypto educator owns a crypto community where he teaches crypto education for free for the last two years and that is a key factor for the founder in positioning an MVP for Palremit. According to Uzochukwu, “We leverage this community to be able to do transactions in millions of dollars”.

Palremit right now has done a couple of millions of dollars by leveraging the trading community center to teach people how to trade crypto.

The founder also mentioned why the African government needs to embrace cryptocurrency. Using Nigeria, he stated that both cryptocurrency and the underlying technology, the blockchain can be of beneficiary to the Nigerian government.

In his words, if cryptocurrency trading is legalized, the government can claim taxes from big exchanges like Binance.

According to him, billions of Naira worth of transactions take place on Binance daily, however, the government can’t remit taxes from them because they already declared the trade illegal.

Nigeria doesn’t even have local exchanges trading in huge volumes as these foreign ones, coupled with unfavorable regulations prefer to operate from the diaspora. It’s a case of our government losing on both ends (capital flights and taxes).

“I believe there’s a huge opportunity for the government to generate revenue from taxes if crypto trading is legalized,” Uzochukwu added.

Asides from this community, Uzochukwu also teaches crypto education at Huobi Global, a UAE-based platform of over 10 million users.

On the state of crypto knowledge, Uzochukwu believes that there has been a well enough education on crypto basics, however, there appears to be a lack of in-depth knowledge, “how to spot crypto scams?”, “how to tell when to buy?”, “technical analysis”, and so on.

The founder is leveraging his community, social media platform, and the Huobi Global platform to impact deep knowledge of cryptocurrency to get them empowered for the next bull market.

Palremit would be operating from the UAE, however, it is by African for Africans looking to make FX transactions seamless.

According to the founder, the platform isn’t yet fully operational, however, it is leveraging the founder’s community to execute its business model.

With all of its integration in place and hopes of getting a license soon, Palremit is open to VC funding. The founder mentioned that there has been interest from several quarters.

How Africa Blockchain Institute is Grooming Changemakers for Digital Transformation