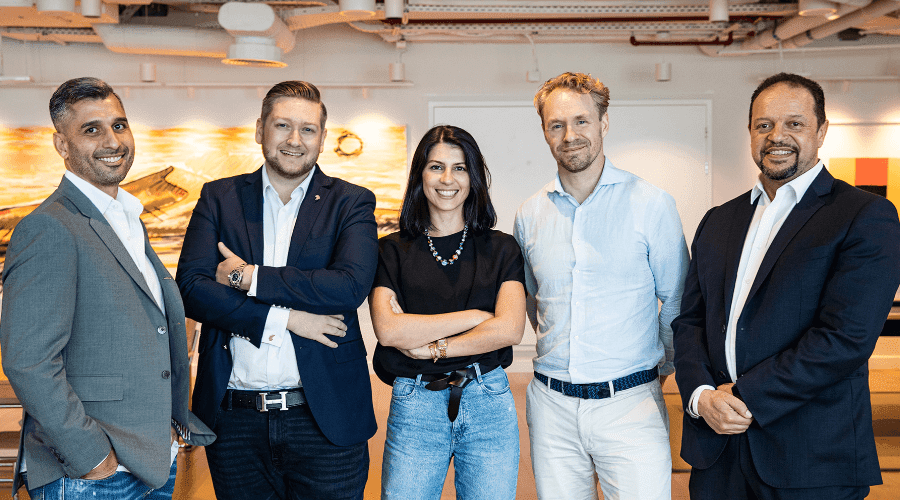 A $75 million SDG-focused venture capital fund called Modus Africa has been launched. It will invest in Africa’s most innovative startups using AI and Blockchain technologies.

Modus is a venture platform operating in the MENA region that includes VC funds, Venture Builders, and a Corporate Innovation arm.

Two General Partners who have extensive experience in the African startup ecosystem, Vianney Mathonnet, and Andre Jr. Ayotte, are in charge of the fund.

The early-stage impact-driven companies and indigenous digital talent on the African continent will be supported in their growth and development by Modus Africa.

With a follow-on investment allocation and 45 investments in firms at the Seed+ stage, the new fund, which will close in Q1 2023, would encourage international investment in the continent.

The founding of Modus Africa coincides with an increase in venture capital investments on the continent. Africa saw a 250% YoY increase in funding last year, outpacing MENA capital deployment for the year (source: MAGNiTT).

Africa, which has one of the highest rates of blockchain adoption globally, has the potential to add 200+ million new blockchain users over the course of the next four years, driven by demand and a rapidly expanding tech-savvy population.

Startups leveraging AI and Blockchain technology, according to Modus, will not only hasten the African Fourth Industrial Revolution but will also provide significant financial gains and have a significant impact on sustainable development.

The Modus Africa GPs have already built strong relationships with top Web3 organizations, businesses, and governments that all share the same goal of resolving pressing issues on the continent.

When established Web2 companies and Web3 technologies are combined, entrepreneurs that are leapfrogging ahead can advance thanks to Modus Africa’s sourcing, investment, and assistance.

Modus has swiftly grown over the past 18 months, opening branches in Abu Dhabi, Cairo, and most recently Riyadh.

This expansion has been made possible by champion backers like Mubadala’s Hub71, USAID, and a number of other top organizations.

The expansion into Africa gives Modus portfolio firms another route to the market while also allowing African startups to grow into the MENA area.

According to Kareem Elsirafy, Managing Partner at Modus, the company is pleased to be establishing an investment corridor between Africa and the MENA region to continue assisting and funding burgeoning innovation ecosystems.

The Modus platform is in a unique position to provide operational, institutional, and financial capital to African communities while having an impact and adding value. We are thrilled that Vianney and Andre will be guiding us on this adventure.

Andre and Vianney have been involved in the startup scene for more than six years. They joined up with Modus to advance disadvantaged communities in emerging regions by creating innovation ecosystems.

“We’re happy to be joining Modus to focus on investing in African firms who have a tremendous opportunity to gamble on the 4th Industrial Revolution,” said Andre Jr. Ayotte, Partner at Modus Africa.

Blockchain has already shown its ability to boost financial inclusion while reducing the overall cost of doing business in Africa, and AI could contribute another $1.5T to the African economy by 2030, accounting for nearly 50% of the continent’s GDP.

Despite being sector-neutral, the fund will largely invest in early-stage firms because these are the ones with the fastest growth in AI and Blockchain applications.

Evolution of the Blockchain Industry into a Specialized One

Blockchain will redefine Company of the Future – Digital Encode CTO