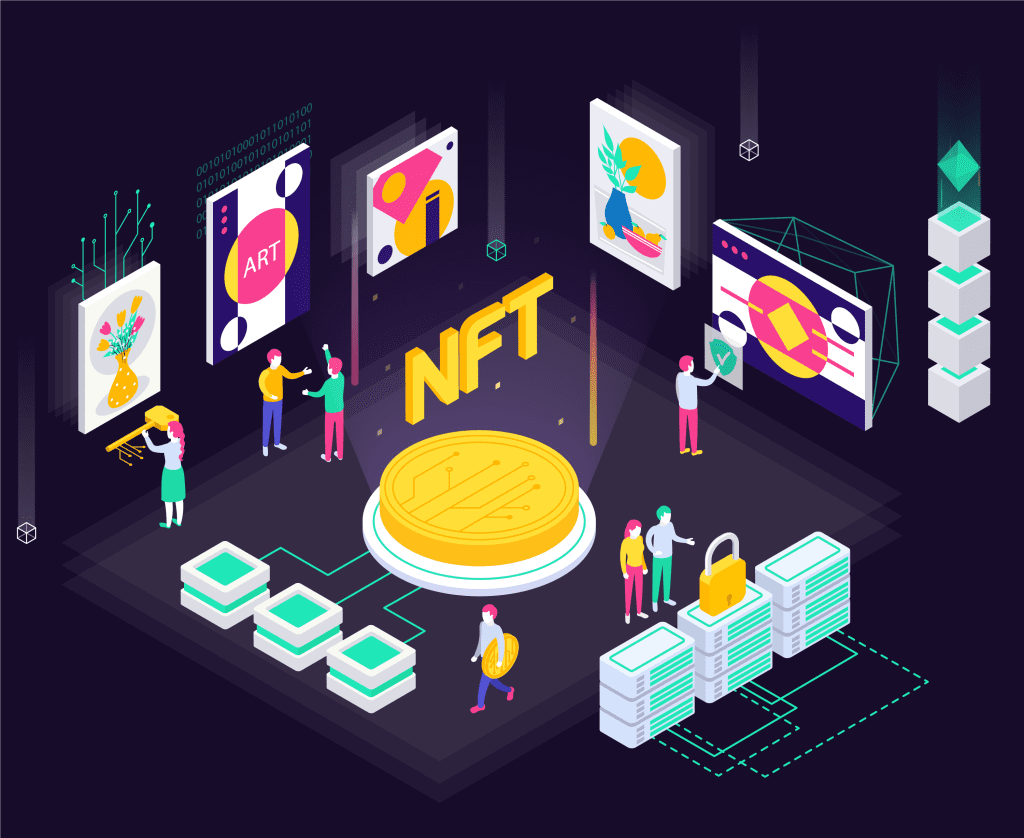 NFTs are becoming more and more popular in today’s world as millions are up for sale thousands of new projects are being launched daily.

We saw the breakout of NFTs in 2021, it’s 2022 now and NFTs are here to stay whether you understand it or not.

If that’s anything to go by, you need to brace yourself for the full steam of the NFT projects coming in 2022.

The question now is, how do you cut through all the noise to determine and choose the best NFT projects to monitor and potentially invest in?

We expect a host of new innovations and projects to reach the market this year. So today, we are going to look at five NFT projects to look out for in 2022. Let’s begin.

Launched by Larva Labs on 23rd June 2017, CryptoPunkss are 24×24 pixel art images on the Ethereum blockchain.

They are unique digital art pieces with different physical attributes. Some punks wear shades, earrings, a mohawk or hoodie, and a bunch of other stuff.

Take for example, (CryptoPunk 8348) is the only CryptoPunk with seven attributes. It has a bucktooth, beard, cigarette, an earring and a mole; with a top hat and classic shades.

There are other unique CryptoPunks, for example; there are 24 apes, 9 aliens, 128 have rosy cheeks while 44 wear beanies.

There will not be more than 10,000 CryptoPunks. CryptoPunks were the first NFT projects to get the attention from mainstream media.

They have laid the foundation for the NFT market, contributing $1.82 billion. The lowest-priced CryptoPunk is $210,075.55.

Th BAYC NFT website was launched on April 30th, 2021. Created by Yuga Labs, The BAYC NFT is a collection of 10,000 unique ape characters.

Similar to CryptoPunks, some bored apes are rare and hence, higher in value, but that’s where the similarity ends.

BAYC holders are eligible to a host of benefits which includes ownership of a yacht club membership card amongst other member benefits the community could decide for the future. For instance, one of them is access to the collaborative graffiti board known as “The Bathroom.”

Each Samurai has different weapons, emotions, facial expressions, armor and other elements.

Furthermore, users can earn the native cryptocurrency token, $HONOR when they claim a 3D voxel army and battle each other.

Early owners of Samurai Doges can claim 1 3D Samurai Doge, which is visible on the project’s AR app.

If we go by the success of Axie Infinity then the Samurai Doge may well be on its way to being a breakout NFT project in 2022.
Decentraland

Decentraland is another NFT to look out for in 2022. It is an open, NFT based, virtual world.

It’s almost like the GTA franchise, but the key difference is that users and players own the in-game assets in decentralized world while you cannot own anything in GTA.

In Decentraland, you can own anything from Lands, farms, estates, cars, buildings, anything you like.

You can also explore, create, trade, socialize and live in it like the physical world. You become a true global citizen as it is global in scope.

It has a broad vision and is one of the most innovative games ever made because of its broad vision, not limiting player imagination in any way.

You can have fun and also make money at the same time. Most important, anyone can use their crypto wallet and web browser to start.

Most NFT users limit themselves to the virtual world only, but this is not the case with Oceaverse. Oceaverse aims to use blockchain technology and NFTs for preserving oceanic environments.

Protecting its ocean reefs and marine life all over the world is its principal goal.

Oceaverse will lead oceanic minted NFT by professional artists. Thus, owners of oceaverse NFTs around the world are able to participate in the ocean conservation movement.

What is a Blockchain Wallet?